Covid finally hit our little families. And hit them hard.  My poor G daughter R was pretty much out of it for 2 days straight.  Four days of being knocked on asses. G son M showed no symptoms whatsoever despite being in close contact with them. Undoubtedly he was asymptomatic. He has had one vax but R has had none .... What a terrible feeling of helplessness not being to help with too much other than bringing groceries and fresh baked muffins. Of course we were exposed to this virus over Christmas. I managed to make it through with only a 4 day headache and being extremely tired. I called to book a test only to be informed since I was doubly vaxxed and only had mild symptoms to assume it "was" and isolate for 5 days.   Of course all this put a stop to any other family celebrations.

Sleepovers are few and far between these days but we managed to arrange one with D and F. Finally after 2 weeks we were able to have Christmas with them. here was lots to make up for ----- crafts, baking, games, and cuddles. 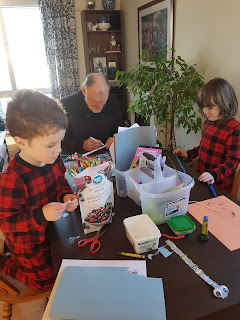 We were in the middle of a polar vortex so no outside this time. It was all fun and games until the next afternoon when we were informed our SIL had tested positive.  A few days later my daughter was hit by it. It has been 5 days and the kids seem fine. Delivered groceries, cat food, baked beans, and a couple of books.

Monday the kids were supposed to go back to school after being off from school from December 20th. We got walloped by 47.5 cm of snow. 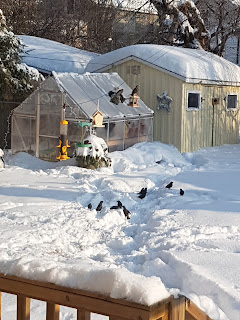 It has been a long long time since we got hit by that much snow all at once. Everything was shut down ---- shops, buses, and schools. Iain and I were out 3 or 4 times topping feeders and clearing snow. It took so long for clearing up the school buses were cancelled the next day too. It is still pretty ugly out there and now tonight were are supposed to get more snow, big temp plummet, and freezing rain.

So as expected today is pretty chilly. -21C with a wind chill of -30C. I received yarn yesterday to start a new project so I will be caking that up. Maybe finish off a few letters. 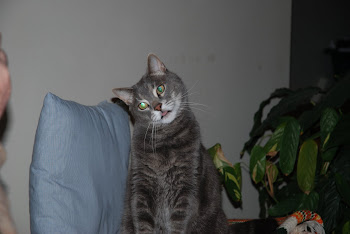 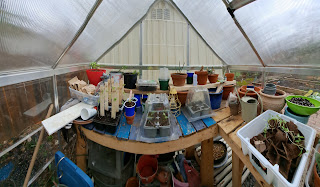